Just a normal day for me…

Take a shower. Get dressed. Get coffee. Give dog medicine. Write.

That was it. Short and sweet and would result in, hopefully, many words written.

It started out well. I took a shower and got dressed. But when I walked into the kitchen to get my coffee, it all went downhill. Why? Because I realized my coffee cup was still in my car.

How can just the simple fact that my coffee cup is in my car derail my carefully written out plans?

I headed out to the car to retrieve it. As I exited my front door, I remembered I live in Ohio, and it is winter. Something I seem to forget nearly every single morning as I rush out of the door to frost or snow-covered windshields. I took it as a positive that I had gone out so early, because now I could defrost my windshields. When I opened the driver’s side door to retrieve my coffee cup and start my car, my eyes landed on the mess inside. Empty and half-empty drink bottles, empty food bags, and pee pads (clean, though if they hadn’t been, it wouldn’t be a surprise) and towels covering my backseat, leftover from a trip to the pet ER with my dog two days prior. None of that existed in my mind, until I opened that car door. (Out-of-sight/out-of-mind is another ADHD symptom I will discuss eventually.)

Instead of just retrieving my coffee cup, I started cleaning out the mess. When I finished, my windshield still wasn’t defrosted so I headed back inside, coffee cup in hand. Luckily, I utilized one of the tricks I’ve been picking up along the way and, instead of just relying on myself to remember, I told Alexa to remind me in fifteen minutes that my car is running.

Then I headed to the kitchen. I made my coffee. Then decided I should pack my lunch. Now, in reality, that probably should have been on my list of things. What wouldn’t have been on my list of things is randomly deciding to cut up celery and spend ten minutes searching for a small container for peanut butter. Why wouldn’t that have been on my list? Because my refrigerator is where fresh vegetables that aren’t already prepared go to die. I can count on one finger the number of times in the last year I cut up celery to eat. Why that morning? Good question. If you find the answer, please let me know.

But I was halfway through preparing my lunch when Alexa reminded me about my car. And I mentally patted myself on the back for telling her, because by then I had completely forgotten my car existed again. So, I put everything down and headed outside to turn off my car and retrieve my keys.

Back inside, my brain kicked into overdrive. I don’t remember exactly what task I started to do, but I remember telling my brain to stop and saying out loud, “What am I supposed to be doing?” My brain answered with “finish making my lunch.” Which was not on the handwritten list that was now forgotten, despite being in plain view.

So, I finished making my lunch, again patting myself on the back for staying on task. That was until I moved my lunch bag to the side and finally noticed the handwritten note. Writing. I was supposed to be writing. I went from proud of myself to angry at myself in the blink of an eye. Especially when I looked at the clock and realized I only had about thirty minutes left before I had to leave for work.

I discarded the thought that I didn’t have time to write now, which is a MAJOR breakthrough, and carried my butt to the couch with my laptop. I set an alarm. I did write. I actually wrote quite a few words. But there was no pride in it at the time because all I could think was, if I hadn’t gotten distracted, I could have written more.

When my alarm went off signaling it was time for me to go, I closed my laptop stood up and then gasped. I had forgotten to give the dog his medicine. The dog I’d just spent six hours with at the pet E.R. It was fine. I could still give it to him. I hadn’t left for work and forgot. But just the fact that I almost forgot screamed failure at me.

Also, I was later getting to work than I planned.

That was just my morning. I know. It’s a lot of words. It was tiring writing it. But I’m not done. Because I came home that evening and started all over again with dinner.

I’ll try to condense this one a little bit, since I already wrote a book above. Now, dinner and I don’t always get along. I’ve burned a lot of things in my life. Typically, because I made the mistake of leaving the room. I also struggle with timing when I should start certain items. I don’t typically cook a meal that requires me to keep track of multiple things at once. I just thought it was because I suck as cook. (I mean, I do sometimes. But that, I now realize, isn’t the only reason.)

That night I was making a simple dish. Kielbasa sausage, cabbage, and diced tomatoes all cooked together. Rice, salad, and garlic bread. So, I cut up the sausage and put it in the pan to brown. Then I cut-up the cabbage while the pan heated. Then I opened the freezer to look for garlic bread, to find there wasn’t any.

It was probably in the big freezer, which currently resides in the same room as my desk, my cat’s food, and litter box. I head that way. As I enter, I notice my cat is out of food. I head to the freezer, find the bread, pull it out, and put it on top of the freezer before turning around and filling her bowl. When I stand, I see the litter box. It needs cleaned. I head to it to scoop it out. I was halfway through scooping when I suddenly remember I was actually in the middle of cooking, and I have sausage browning. I take off to the kitchen. Luckily, I make it just in time. Some of the pieces are just barely starting to burn. Score!

I stir them, then dump in the diced tomatoes and cabbage. Once I have it cooking, I start the rice and put it on the stove. I stand there for a minute when I realize the garlic bread is still in the other room, sitting on the freezer. I walk back in to get it and notice the scooper still in the kitty litter box, something I had forgotten about until I walked back in. I finish scooping it, retrieve the bread, and head back to the kitchen.

(Yes, I washed my hands after each time.)

I get the bread ready and pre-heat the oven. Then stick it in. Having had a close call, I decide to stay put in the kitchen while everything cooks. Of course, I have my phone. That’s when it dawns on me it’s been weeks since I wrote the last ADHD post. (Hyperfocus will be another topic.) So, I start reading some ADHD material and get completely lost in said material.

Until the realization kicks in that I’m supposed to be cooking, and I rush to the stove to find the rice had almost burned, as had the bread. Oh, by the way, dinner was done, and I had forgotten to make the salad. At that point, I was so frustrated, I just decided my body didn’t need salad that night. After all, it had gotten celery during the day.

I would like to say this is an abnormal day for me. But it isn’t. And it can be frustrating and demoralizing. The good thing is, while I struggle in the middle of it all, after the fact I now look at days like this and ask myself what I can realistically change. Or ask, is there really anything I need to change? Just because it’s not like others would do it, doesn’t make it wrong.

Because, at the end of the day, I got up, I got ready, I gave the dog his medicine, I cleaned out my car, I wrote words, I cleaned out the kitty litter box and fed the cat, and I ONLY almost burned dinner.

(Also, I wrote this blog post over three weeks ago and am just getting it posted. Because, for nearly two weeks, I forgot the blog existed. Despite being so very excited about it when it launched. This. Is. My. Life.)

All of the above relates to executive dysfunction, something I will be discussing a lot on this blog. If you would like to read more, visit www.additudemag.com/what-is-executive-function-disorder. 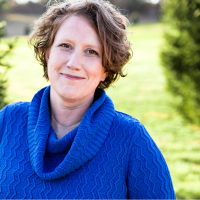